Happy Wednesday everyone!!! Nora here from A Creative Touch with a Halloween card using the new Spooky stamp set. 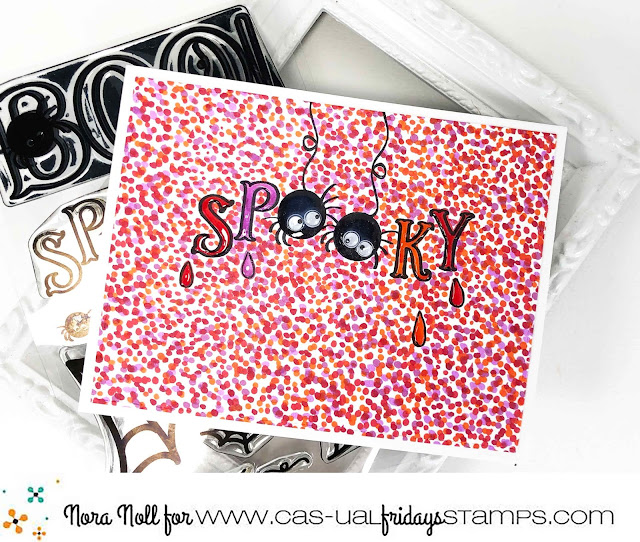 I started off my card by stamping the "spooky" sentiment with a shadow ink because I was going to do a no line coloring technique on the letters. I wanted the colors to be dripping off the words so I drew in some drips with pencil below the word stamp. 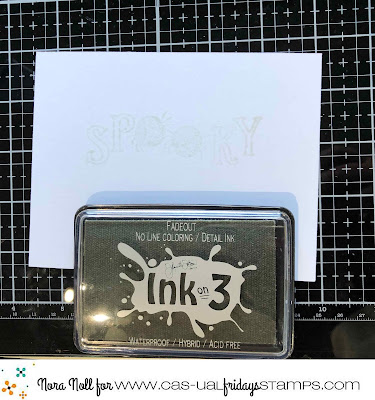 I used Copic Markers to color in the sentiment and decided that it was not turning out how I wanted it so I stamped over my colors with black ink. I then stamped the little spider web strings from the set to make the spiders appear like they are coming down from the top of the card. 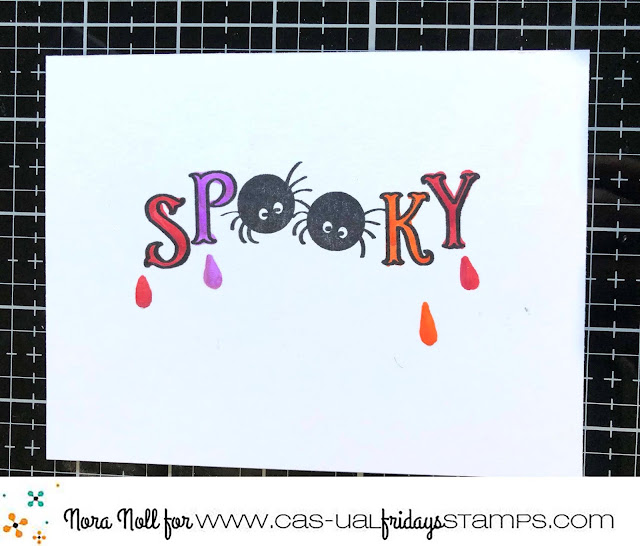 Next I did a dot technique, using Copic markers, around the entire image. 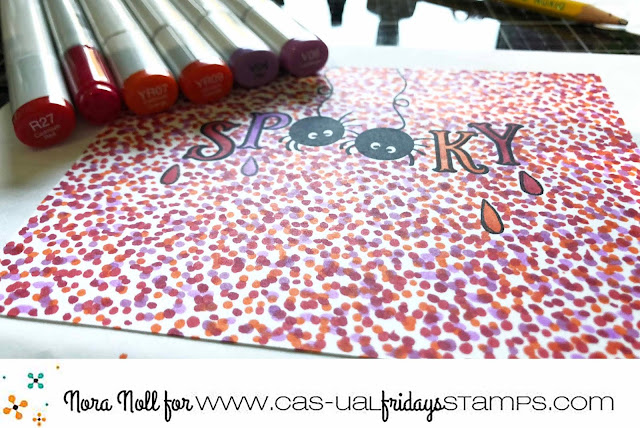 This not only covered up how I originally colored outside of the lines but is a fun technique to do when you just want to relax. 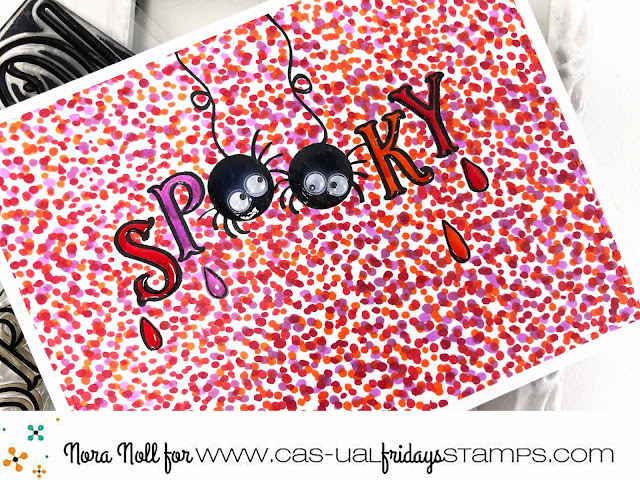 I adhered the stamped panel over a white card base and attached google eyes to the spiders. 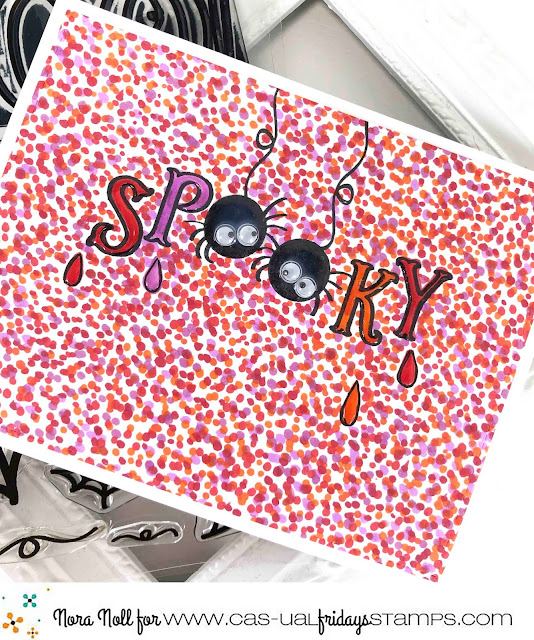 I used a clear shimmer pen over the stamped sentiment and then covered the entire image, along with the drips, with Glossy Accents. 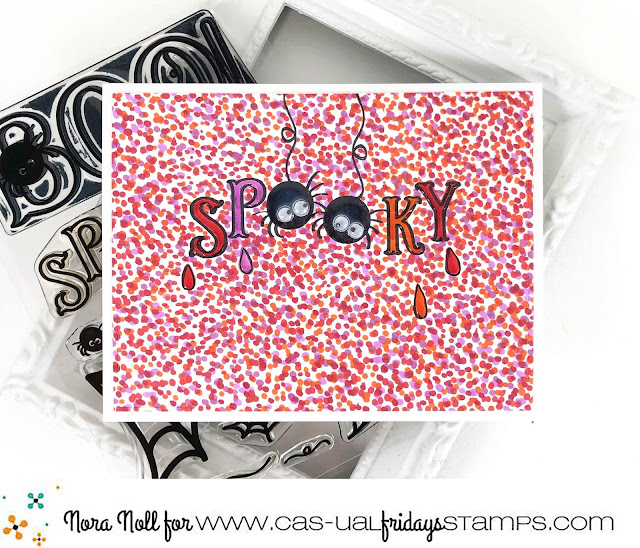 Creating a background using this technique helps make a simple sentiment POP and take center stage.
The Spooky stamp set is available in the CAS-ual Fridays Store. It was released this past weekend on World Card Making Day. 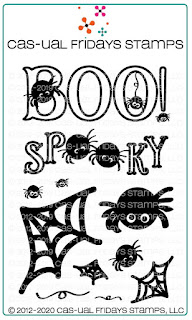 There are a TON of stamps on clearance right now, which makes me sad as a lot of my favorites are going away. On the up side, though, the NEW section is full of the new release, as well as some other goodies so NOW is a great time to go shopping!! Use my code NORASENTME to get an extra 15% off your entire order. 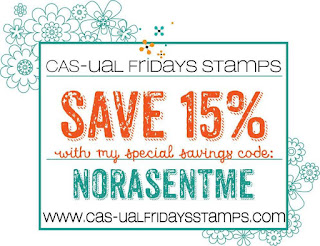 I want to thank you for taking the time to stop by!! Have a FABULOUS day!!!